Before you read any further, just know that this article is not going to put Victoria’s Secret in a positive light. Not in the slightest. Now that I’ve said that, let’s begin… 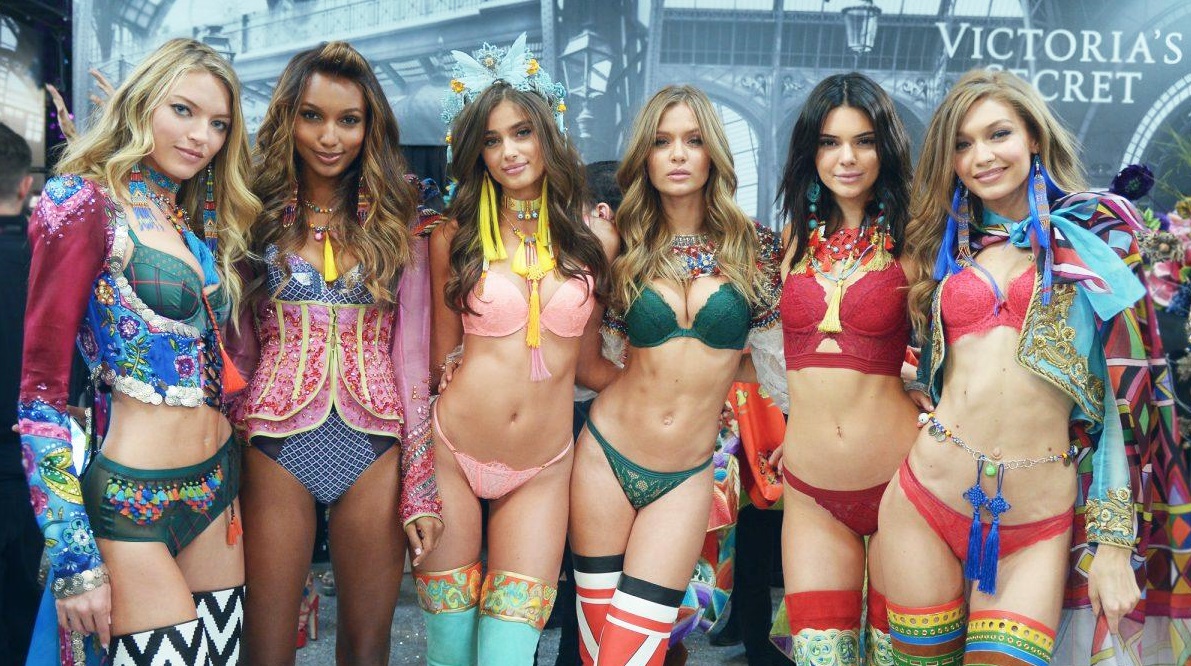 That is a typical example of brand recognition. It’s the reason a plain white T-shirt would cost less than a dollar in Chinatown, but once you slap on a label or embroidering for a popular brand the price skyrockets to $20. And Victoria’s Secret takes advantage of it to the fullest extent. But their brand doesn’t just go into the name and logo that they put on just about all of their products either. Victoria’s Secret takes it one step further by creating a very unique store presence.

What I mean by that is simple: instead of a generic store in the shopping mall that looks like any other clothing store, Victoria’s Secret utilizes stores that are distinct to their own brand and help them stand out. Black and pink walls along with many of their products out in the open (often on mannequins) lining every inch of the store are the primary distinguishing factors, but a lot of other small details go into making a store that is immediately recognizable as a Victoria’s Secret store, even for those who are merely looking from the outside.

Now is there anything truly wrong with having a strong brand recognition? On the surface, no. In fact, it’s what any good company will do to gain market share and help their business. However, Victoria’s Secret takes it to an entirely different level in my opinion and has been relying on said branding for way too long without thinking about the customers.

Take their prices for example. While in the past prices at Victoria’s Secret were relatively affordable, over the years those prices have skyrocketed out of control. And they know that they can get away with it simply because people will do whatever it takes to buy a well-known and famous designer brand. But seriously, paying nearly $200 for a freaking bra is outrageous, I don’t care what anyone tells me.

The products themselves are also often quite similar, with only a subtle change that you as the customer may not even be able to recognize on your own. This only adds to the confusion, making it more and more of a struggle to ultimately find what you are looking for. Now as a company, this may be a strategy to keep people in the store and constantly looking and uncovering products that catch their eye, with the end goal of more sales. But all it really does is detract from the customer’s experience. Once you are able to look past the brand recognition propping up such tactics as I have been able to do recently, you can see that it is not a good strategy and a poor business practice in general.

One final, somewhat related point: I seriously don’t understand why women are so obsessed with having a designer bra, or any sort of lingerie for that matter. It’s literally the article of clothing least likely to be seen being worn in public. I can understand why women would want to buy brand names when it comes to external clothing, or handbags, or even shoes for that matter, but for a freaking bra? It doesn’t make sense to me.

And that just makes me even more upset at how Victoria’s Secret is relying on a brand name to take advantage of people who really don’t need a brand-name pair of lingerie in the first place. The only thing I can take solace in is the fact that there is a lot more growing competition from other brands that actually can end up giving Victoria’s Secret a run for their money. Until that happens on a larger scale though, just keep in mind the next time that you go out shopping that no matter how great Victoria’s Secret may seem on the surface, in reality it is just an overrated company that relies almost entirely on their brand recognition. Try a different store for a change – you’ll almost certainly be pleasantly surprised, hopefully leaving Victoria’s Secret as just an afterthought and nothing more.